Memo to vaccine advocates: Stop trying to scare the unvaccinated. It doesn’t work. 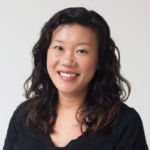 The team at Civis has conducted a series of studies over the past year to gauge how members of the public respond to different types of messages encouraging them to get vaccinated, with our most recent Creative Focus Messaging Test running from August 19 to September 8. What we learned may surprise you. Our data found the most ubiquitous types of vaccine-related messages — such as the “scare tactics” growing in prevalence online — are actually the least effective in changing the minds of vaccine skeptics.

Our data-driven online message testing is unique because it creates a statistical model that allows us to not only test what messages work, but also which ones generate backlash. In our most recent survey, the sample groups consisted of 5,100 participants who each saw one of eight different pro-vaccine messages (plus a control group that saw no message). After our first test in February, I offered five data-driven takeaways for more persuasive vaccination messaging. If there was one overall takeaway, it was this: Don’t go with your gut, go with the data.

Now, as the COVID situation has changed, so too have some of the most persuasive messages. In this recent survey, we were able to specifically test which messages worked with the unvaccinated population. The findings were more nuanced than in past tests, with some messages working only with certain audiences and backfiring strongly with others. Yet, the overall data-not-guts takeaway did not change — a reminder of the importance of considering audiences when developing a campaign and testing messages regularly.

Messages focused on protecting children were by far the most effective in reaching key demographics, including women, lower-income workers, less-educated respondents, Trump voters, and those from Asian or Latinx communities. This resonance may reflect the changing nature of COVID as more children get infected. Still, it’s notable that these messages vastly out-performed those about “protecting grandma” — one of the least effective tested, in fact — given that the elderly are still far more vulnerable.

The second most persuasive message in our study emphasized the financial toll of COVID. That includes ER visits, hospital stays, and lost wages. We found this message equally successful Republicans and Democrats alike, and especially impactful with women.

Though less effective than before, framing the vaccine as a personal decision found relative success among conservatives and Trump voters. These messages avoid shaming or pressuring respondents to get the shot and instead encourage them to learn more and talk to their doctors. While measurably less effective compared to February, it’s worth noting that this message was the only one that worked with Trump voters (besides “protecting children”).

FOMO was much less effective in swaying respondents this time, but retains resonance with some groups. “Fear of missing out” messages remind people of what the pandemic put on hold — vacations, family gatherings, restaurants, etc. — and present the vaccine as a ‘return to normal.’ These messages remained relatively effective among White and higher-income respondents, as well as political independents and those aged 35–49. Overall though, it seems there is less FOMO to be had in a less restrictive environment.

Telling people the vaccine is safe didn’t work before and still doesn’t now. This simply is not a convincing way to talk to people. Those who did not believe vaccines were safe before are not going to now, and those who did are tired of hearing about it. In fact, this message actually backfires most strongly with more educated and higher-income respondents. The persistence in relying on this messaging is perhaps the biggest mistake we see pro-vaccine organizations continue to make.

Not only do scare tactics not work either, but they are most likely to turn people off entirely. These are the scary statistics and personal stories with a doom and gloom feel, such as this nurse’s post about patients begging for the vaccine before passing away. These things make people less likely to get vaccinated. The personal story backfired with particular intensity amongst White Americans and low-income workers while “scary COVID” stats backfired strongly with Latinx groups. All the coverage about people who regret being unvaccinated on their deathbeds is really just driving buzz among those who are already vaccinated. For the unvaccinated, it’s not only not going to work, it’ll backfire. What’s buzzy and what’s persuasive aren’t the same thing. In this case, they’re opposites.

It’s worth noting that negative messaging is similarly ineffective in politics when it comes to making a positive case. Negative ads may dissuade voters from supporting “the other guy” but they also drive up negatives for the candidate behind the ad. In this case, there is no “other guy.” So perhaps it’s time for vaccine advocates to take a step back and adopt a more nuanced, data-driven approach that reflects that they have truly taken the time to understand who the unvaccinated are, instead of just assuming they know who they are..

Unvaccinated individuals can’t be guilted into getting the vaccine. They can’t be scared into it either. They have to be persuaded with a positive case — perhaps one involving the kids, if not grandma — but ultimately one that leaves the choice in their hands and trusts them with it. That may be an uncomfortable and challenging reality for vaccine-focused organizations, but that’s what the data shows. And if they are serious about making an impact then that’s what the data says they’ll have to do.

Want to learn more or explore how these strategies can upgrade your messaging efforts? Contact me at [email protected].