Census 2020: One of our country’s most important marketing campaigns 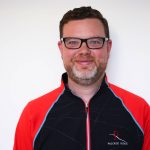 The Census — a constitutionally mandated count of all residents in the United States — occurs only once every 10 years, so it’s not always top of mind. But, what many don’t realize is the importance of an accurate count.

Census data is used to reapportion political representation for states and local areas; as a key factor in disbursing $675 billion in federal funding; and as the gold standard of data about the population in the United States. These data allow businesses and other organizations to build strategies, plan expansions, and better understand their customers and communities.

There’s cause for concern with the 2020 Census. Our new research shows 20% of Americans are unlikely to answer the 2020 Census — and that’s optimistic compared to other research. A lower response rate means that the Federal government will have to spend more money on what is called non-response follow up — the most expensive type of census outreach, potentially costing US taxpayers hundreds of millions of dollars. It also means that in some areas the count will be less accurate, even after non-response follow up. As a result, certain communities will be under-funded by government and under-represented in Congress, and the lower the reliability of the data upon which organizations base major decisions. For example, a business may not expand to a new location if it does not know that the population has grown there to support it.

There is one issue that has gotten national attention: the potential addition of a citizenship question to the 2020 Census. Demographers, statisticians, and state governments are in wide agreement that the addition of a question on citizenship would lower response rates overall, and especially for immigrant communities, both legal and undocumented.

Immigrants are already less likely to complete their census form. A question on citizenship will decrease response rates further for this group, meaning that people in urban areas, or in areas with high numbers of immigrants, will be systematically undercounted, leading those areas to have less political representation, and to receive less funding for infrastructure, education, and other services for the next ten years.

Some other issues facing the 2020 Census:

Because of these headwinds, it is important that cities and communities think of how they can ensure a complete count. The traditional methods that worked in 2000 and 2010 will no longer work in this changed environment. Census outreach teams need to bring the same rigorous testing, measurement and optimization involved in political and commercial marketing campaigns.

One place to start: using the right language in outreach efforts. We did a study that showed messages appealing to civic duty are most effective in driving Census response nationally, but as we all know, what works for each community is different.

This is something we’ll be talking to local government and nonprofit organizations about this year, and we’ll continue to share research more broadly where we can. In the meantime, feel free to reach out if you’re working on Census outreach efforts and want help: [email protected].

Census 2020 Participation: It's All About the Message