We are modeling the nation's concern over being evicted as the Federal Eviction Moratorium nears its end
Explore the Findings
✕
Civis Data Science | 3.3.21

Deliver the right message to the right audience at the right time, every time 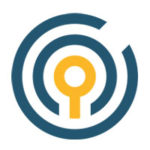 Think you know what audiences are thinking? Think again.

Just ask Fellow Americans. The nonprofit organization, which partners with a wide range of creatives to develop white-label campaign ads supporting progressive messages and causes, set out early in 2021 to prime audiences to receive the COVID-19 vaccine. Fellow Americans Creative Director Jess McIntosh and her team created three different ads, all of them using much the same video footage of healthcare workers and vaccine recipients, but each extremely different in attitude and tone.

The first ad, titled ‘Hype,’ featured cheerleaders spelling out the word “vaccine.” The second, dubbed ‘Something Good,’ followed a similarly celebratory approach, but added more context and substance. And the third, ‘Hope Is on the Way,’ took the most solemn tack, while still promising light at the end of the tunnel.

“There are no best practices for COVID-19 messaging. There is no polling to look at to see what’s worked in the past, and how to iterate based on that,” McIntosh said on the recent Civis Analytics webinar How to deliver the right message to the right people at the right time, every time. “We know we’re not the final arbiters of what the rest of the country is going to react favorably to.”

McIntosh thought she had a clear winner in ‘Something Good.’ But she didn’t want to risk Fellow Americans’ media budget on instinct alone, so she turned to Civis to test her hunch.

Fellow Americans worked with Civis throughout the 2020 election cycle, leveraging our Creative Focus message testing tool to evaluate ad effectiveness. Creative Focus utilizes randomized control trial experiments to precisely quantify an ad’s impact among key audience subgroups: organizations like Fellow Americans can run multiple image, message, and video ad tests, and in a matter of days receive clear, concise data on which ads have the most positive effect on audiences, as well as which could have an unintended, negative impact.

Much to McIntosh’s dismay, Creative Focus determined that ‘Hype,’ not ‘Something Good,’ was the runaway favorite among target audiences. “There’s almost no substance in [‘Hype’]. It’s just cheering,” she said. “I thought there was going to be backlash, because it is so relentlessly positive. But people loved it. The most common comment is that it made people feel happy.”

McIntosh isn’t the one surprised by the outpouring of affection for ‘Hype.’ During the webinar, Civis screened ‘Hype,’ ‘Something Good,’ and ‘Hope Is on the Way’ in succession, then polled attendees to determine which of the three ads they believed was most effective at encouraging vaccine acceptance and adoption. As you’ll see in the video directly below, attendees overwhelmingly voted for ‘Hope Is on the Way’ as the most persuasive of the bunch — further proof of the futility of making educated guesses to determine which ads the public will and will not embrace.

Needless to say, Fellow Americans put its muscle behind ‘Hype.’ But that doesn’t mean cheerleaders are the appropriate spokespeople for all public health messages moving forward. The right messages and the right messengers vary significantly from subject to subject, and from audience to audience — and a deep, data-informed understanding of what resonates with the right people at the right moment in time is absolutely critical to making a connection.

Real stories told by real people strike a resounding chord with audiences at this particular moment, according to webinar speaker Liz Jaff, president and co-founder of political action committee Be a Hero. “Organic content is some of the most powerful content,” Jaff said. “You can’t make it up. It just happens.”

Be a Hero dedicated much of its advertising resources over the last year to working with organizations from National Nurses United to Mijente (a group fighting for Latinx rights) to shine a spotlight on the inequities and injustices of the U.S. healthcare system. “We film real people telling their healthcare stories, and we turn them into political weapons,” Jaff said.

While Be a Hero produced “some beautiful, fancy ads,” Jaff said that an ad created for roughly $500, featuring registered nurse Dominique Hamilton speaking on President Trump’s handling of the coronavirus outbreak, tested most favorably with Creative Focus audiences. From there, Be a Hero ran beta tests with its Facebook Groups users to determine whether social media responses aligned with Civis’s findings. “Every time, Civis was correct,” Jaff said. “It’s never the ad you think it’s going to be.”

Be a Hero ultimately spent close to $1 million in ad budget to amplify Hamilton’s message. “It was by far the best ad we had for the election. It got a really good response from White men,” Jaff said. “Dominique seemed incredibly authentic to people… and people just want to relate.”