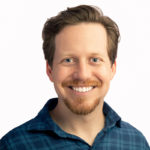 It seems so obvious. Many Americans say safety is their number one concern about the COVID-19 vaccine, so campaigns encouraging vaccine adoption should make safety the primary focus of their messaging efforts, right?

Civis Analytics research has determined that traditional, safety-first methods of addressing Americans on pressing public health issues have fallen flat during the COVID-19 pandemic. Blame distrust in government agencies like the CDC and FDA, among other factors. In fact, “Addressing safety concerns is not only ineffective, it can also lead to negative backlash, or to outcomes that run completely counter to what you want people to do, or even make them say ‘I’m not going to get vaccinated,’” according to Crystal Son, Civis’s director of healthcare analytics.

It defies logic. But humans defy logic all the time. They’re stubborn, unpredictable, and sometimes completely irrational. That’s why Civis developed Creative Focus, an online message testing tool enabling organizations to leave behind conventional wisdom and intuition in favor of scientifically determining which ads have the greatest impact on target audiences.

“There are a lot of organizations that do polling, tracking, and surveys, but we go a step further by running message tests where we present five different ways of talking about a subject, run a randomized control trial, and then see which message is likely to result in more of the behavior you’re trying to drive,” Son explains. “Because it’s randomized control, you have much more confidence that any difference in the outcome is truly due to the message.”

Here are three examples of Creative Focus in action:

“I have not to date seen any kind of message testing like Creative Focus in the public health space the way I see it in political and commercial sectors,” Son says. “Creative agencies are doing ad testing for selling gum and soda all the time — not randomized control testing the way that we do it, but they do A/B testing. In public health messaging, we only see paradigms of thought like ‘To prevent diabetes, talk about diet, health, and exercise,’ and make assumptions that those are effective messages.”

Assumptions aren’t good enough, however; public health messaging demands the scientific validation that only Creative Focus provides. For more on how Creative Focus can bring new clarity and confidence to your messaging efforts, contact me at [email protected].