for The Human Rights Campaign

HRC needed to ensure the accuracy and usefulness of its millions of records by creating a reliable, single source of truth. It needed that system to be backed by the kind of robust, modern matching algorithm technology that could give it back the confidence, time, and resources needed to put more focus back where it belonged: fighting on behalf of the communities it serves.

The Human Rights Campaign (HRC) is the largest civil rights organization in the country working for LGBTQ equality. In 2017, HRC had millions of records in its CRM database and an increasing number of complex data sources: an enviable rolodex by nearly any standard. Yet, as their supporter base grew, it also became more complex, meaning constituent engagement efforts weren’t as effective or efficient as they could be.

Civis’s data warehouse, reporting tools and Identity Resolution (IDR) technology allowed HRC to take back control of its data. This freed up critical staff time and financial resources that allowed HRC to enhance engagement with its constituents and refocus on its purpose—resulting in significant successes for pro-equality candidates up and down the ballot and the advancement of HRC’s pro-equality mission.

When HRC first reached out to Civis, the organization had data from numerous apps and platforms flowing into its CRM—everything from fundraising and contact information to event ticket sales and volunteer activity. Despite HRC’s experience building out data integrations with multiple vendors, the rapid pace of acquisition plus the cost, time, and effort of building those integrations was growing. Many of HRC’s records were siloed—most importantly, the voter and constituent data held in the VAN platform.

HRC teams needed better tools to ensure the data fueling their digital outreach campaigns were accurate and free of duplicates. For example, they needed to be certain they used the correct name for transgender individuals, and that they didn’t waste resources reaching out to the same person multiple times.

Initially, HRC met with multiple firms and even considered building out its own data warehouse. However, upon learning of Civis’s IDR technology and suite of additional tools —from predictive analytics and integrated Tableau reporting to Golden PII solutions—it became clear that no other approach would be as robust. Moreover, only Civis’s solutions would allow HRC to bring all reporting and analytics (which had previously been outsourced) in-house.

HRC collaborated with Civis on the specifications and Civis provided guidance on the early development of a prototype that HRC built. The organization then handed back the reins while managing quality control, reviewing records, and evaluating results as Civis incorporated changes and produced a finished, free-standing pipeline. The integrated system tied all individuals to their data across HRC’s many inputs. This allowed the organization to draw from one unified, automatically updated source: no more stress about duplicates, no more data siloed by platform or source, and no more manual uploads/downloads.

HRC is now back in control of its data. It has increased confidence in the accuracy and scalability of what it owns and has greater peace of mind when planning outreach. The organization also freed up significant staff hours and realized notable cost savings, allowing it to enhance fundraising and invest more into advocacy, with impressive results in the 2018 midterm elections. 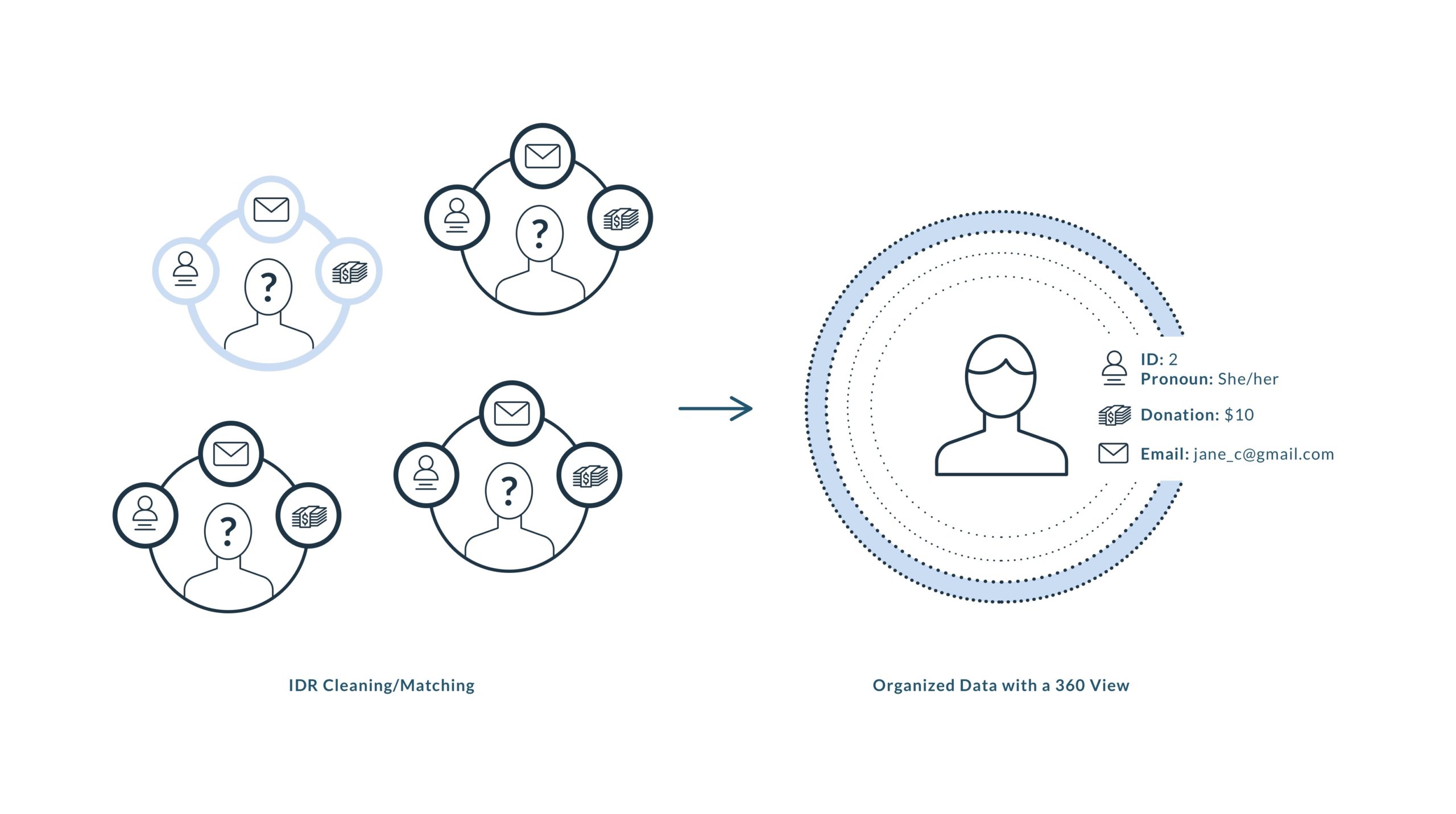